Extraction and production
Copper is found in natural deposits present on all continents. This page summarizes the production processes that start from extraction in the mine to the final product having the highest commercial purity, used in a large number of applications essential for modern life.

Copper deposits
In the case of copper, it is economically convenient to extract a mineral with a copper content of 0.2% (2 kg per ton of rock). It can be in the form of sulphides, oxides, cabonates, silicates or other compounds, or more rarely, in the native state. The most abundant minerals, which cover 80% of the deposits known worldwide, are chalcopyrite and bornite, which both contain copper and iron sulphides.

The extraction of copper
Here is a description of how copper is mined and converted into pure metal; processes that treat sulfur-containing minerals are considered.

Copper minerals are obtained from mines both in the open air and in tunnels and the methods used are not particularly characterized compared to those now traditional also for other minerals 90% of the mineral is extracted from open pit mines (“open pit “).

The mineral, which contains a significant amount of aggregates (gangue) is reduced, by means of powerful mills, to a powder of adequate granulometry in order to optimize the subsequent treatment.

This operation allows the separation of the fractions containing the copper from the aggregates; the powder, emulsified with surfactant liquids, is introduced into large tanks from where the surface foamy layer which contains the richest copper particles is removed. In fact, thanks to the selective surface tension, the sulphides are covered with minute bubbles of surfactant, which prevent contact with the water, and are dragged upwards by the air that is bubbled in the tank. The copper concentration obtainable can vary from 30 to 50% depending on the content of the starting mineral. 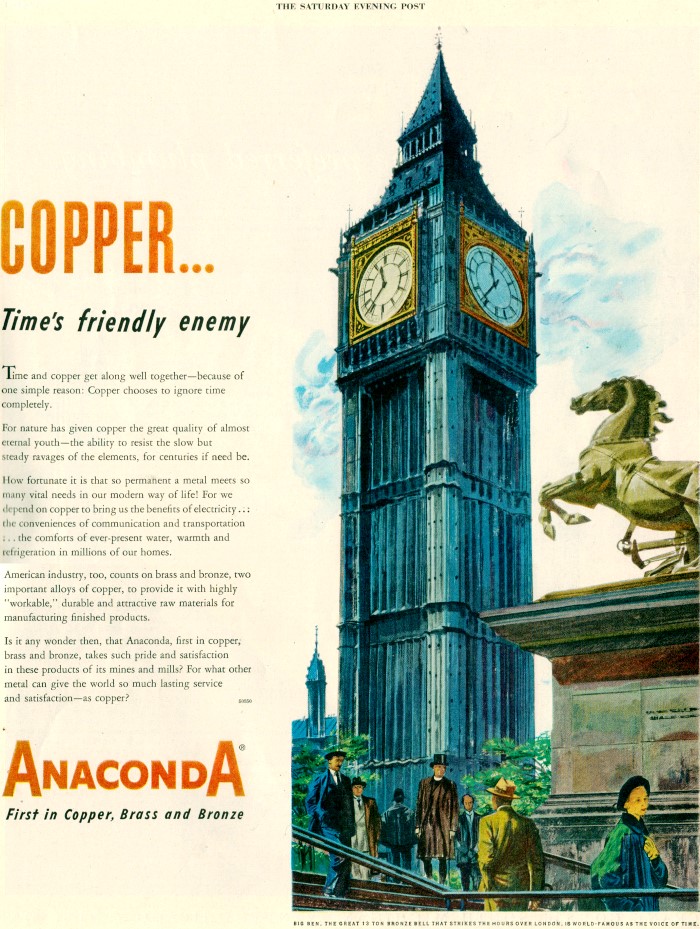